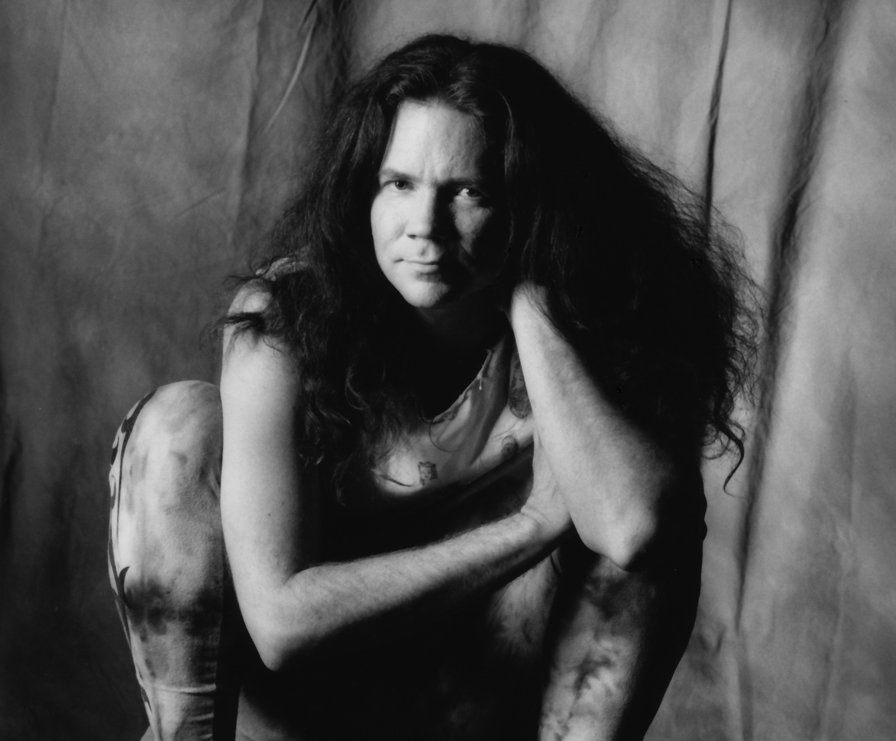 Conventional thinking says autobiographies are expressly tied to the written word. Acoustic guitarist Michael Hedges was determined to challenge that notion on Taproot, his latest release of predominantly instrumental music.

The disc finds the Oklahoma native expressing various moods and experiences via his unparalleled eclectic and versatile six-string approach. But Hedges won't offer specifics on Taproot's content. He prefers listeners to find their own meaning when absorbing the material. That's why he recorded the album as an "autobiographical myth."

Hedges' interest in music developed at age four when he first began tickling the ivories of his parent's piano. In high school, he moved on to cello and clarinet before settling on flute and guitar. He later earned a degree in composition from the Peabody Conservatory in Baltimore.

It's been argued that formal training can impose a framework on musicians that prevents them from developing a unique voice. That was never a problem for Hedges. His approach to guitar includes the use of alternate tunings, replacing the odd guitar string with a bass string, and a one-of-a-kind mix of slapping and tapping.

Although Hedges is best-known for his instrumental compositions, he's also made waves as a singer-songwriter. 1988's Live On The Double Planet and 1985's Watching My Life Go By featured a variety of self-penned tracks and covers that include Sheila E.'s "A Love Bizarre" and Bob Dylan's "All Along The Watchtower."

Taproot possesses a lone vocal track in "I Carry Your Heart." Culled from the poetry of e. e. cummings, the song extends the ethereal feel of the album with the addition of Hedges' airy voice and background harmonies from David Crosby and Graham Nash. But the album isn't entirely dependent on a meditative and reflective vibe. "The Rootwitch" takes a different approach with its dramatic twists and turns that find Hedges testing the limits of his instrument. He recorded the piece on an instrument he refers to as a "savage myth guitar."

Innerviews spoke to Hedges about the making of Taproot prior to a performance at the University of Toronto.

Taproot represents the most complex music you’ve created to date.

I worked really hard at getting the album to flow together. I think it flows better than anything I’ve put together before. I know my bio says it took me five years to make. I did a live album three years ago and since then I’ve been playing live. Then I went about making my next record and it took me two-and-a-half years. So, whoever writes my bio is thinking "how can we get people interested in learning about Michael? Let’s tell everyone this is his first studio record in five years. They’ll think he’s had a big hiatus." I don’t know who wrote it, but I’m gonna get on their ass. [laughs] I just feel it’s a long line. I finished the live album, took a little break and then started writing more tunes and thinking about a natural subject.

Taproot is a myth. It’s autobiographical. I wrote a story. I was having personal problems and whenever I get bothered by something or get wondering about something, I feel like putting my thoughts down so I can look at them, reflect on them or meditate on them. My meditation was on a story that I wrote that was made of characters from my life. But I kind of made it into a myth so I could kind of live in this little fairy tale world that I’d created. All the characters, places and events in the myth are song titles. The actual story does exist, but only for my formal reasons. In other words, my structure for the record follows that story. But I don’t want to force that story on my listeners and say they should perceive the album a certain way, according to these guidelines. So, I let the music tell the story and I keep the verbiage in my files. 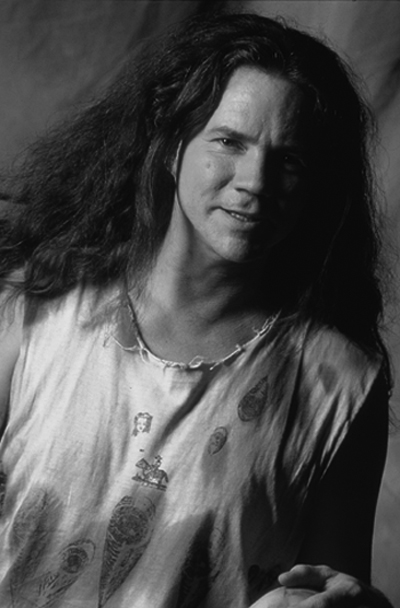 What made you want to put e. e. cummings’ words to music on "i carry your heart?"

The most memorable thing about e. e. cummings poetry is that it’s beautiful, yet it’s stream of consciousness. So, I thought it would be a good, fun way to make a song go rather than just write verse-chorus-verse-chorus-bridge-verse-chorus-chorus-chorus. The poem lends itself to two verses and it just goes off. I thought about how to make the music go off as well and have it match up so I don’t mess with cummings’ form. So, I didn’t change them. I used the words verbatim.

They just wanted to sing on something and I only had one tune. So, I took the tape down to Los Angeles and we transferred it onto a digital machine and they recorded their harmony parts on it. Then I mixed it down from 24-track to my eight-track and brought it home. Then I had it on a mix with two tracks.

I played on David Crosby’s solo album a couple of years ago and we stayed in touch. I also wrote a song with David for the latest CSN album Live It Up called "Arrows." I’m not all that pleased with the way they did it, but I always have a good time with Crosby. The new CSN album didn’t do that much for me because they didn’t do much of the producing. I enjoy Joe Vitale’s work. He’s a great guy. I just like Crosby, Nash and Stills producing it. They should produce their own music. Stay a little more involved guys.

I do produce quite a bit, but it’s more from the actual performance. The textures aren’t too dense. They become dense on a few tunes, but that’s because I was experimenting. I rely on technology too, but you have to ask "What is the nature of your reliance?" when you do. I rely on technology to give me certain things. I don’t rely on it to give me anything musical. Hopefully, my ideas are musical things and the technology will only help that. I’ve always thought about the fact that I use steel strings as technology. A steel string is made in a factory by a machine. But I like to provide my own rhythm, There’s only one tune where I use a click track which is "Scenes." It was there because I needed a click track to keep the whole tune together. After I recorded the first couple of tracks, I did away with the click track so I could go with the rhythm I was perceiving on the guitar. I hear a lot of great music that uses technology to its fullest extent that really works too. It all depends on how much the artist is involved in the piece musically.

You occasionally stray from your favored guitar techniques on Taproot.

"Rootwitch" came from my desire to finally write something where there wasn’t a single plucked note on the whole thing. So, everything is tapped or slapped. It’s drumming on the guitar. And "Spirit Farmer" is all bass notes from the harp guitar turned around backwards. I also did that early on quite a bit on "Spare change." It’s very simple but very time consuming. It involves quite a bit of discipline for me.

You use a little bit of synth on Taproot. I understand that’s a direction you may want to explore in a larger manner in the future.

I didn’t think I had an original enough voice to put much on, so I just used it where I felt I had something to say. The keyboards and techniques are already there. I have an Oberheim Expander, an Akai Sampler, a DX-7, a Roland D-50, software, computer, MIDI patch bay, digital reverbs, EQs and compressors. In the future, there may be more and more synthesizers as I become more familiar with how to use the instruments musically.

Do you find the idea of guitar synth at all attractive?

You’re a big fan of the TransTrem guitar. What draws you to it?

It’s a guitar that bends. It has a whammy bar that you can lock down in a key. So, you can bend all the notes down—they all go down equally. On most whammy bars, you can only do it with one note or use the vibrato. Lately, heavy metal people have been bending it way up or way down. So, you can strum a chord, listen to it ring, grab the whammy bar, bend it down, listen to the whole chord go down in tune, lock it down a whole step down and then you can strum and do harmonics through them. So, naturally, I had a blast with it. I first got ahold of one three years ago. I was on tour in Europe as the opening act for Suzanne Vega. I would leave early because I heard her show a couple of times and didn’t have to be on her bus. So, I’d have my road manager take me back to the hotel and I’d get out my TransTrem and wail ‘til dawn. I don’t write wailing tunes, but I’d work out on it with all those different positions. It’s like learning to drive a semi-truck with all those different gears.

One of your own innovations was to put a bass string on your guitar to dramatic effect.

I wanted to hear lower notes. Lots of people tune their guitar lower, but I thought "Let’s make this a bit of a hybrid and see what happens." So, I did away with the high E string and put the B where the E should be and the G to where the B should be and so forth. It left me having a naked six-string spot, so I put a bigger one there.

What criteria does a song have to meet in order to make you want to cover it?

Usually, I just have to go crazy and listen to it all the time for a period of time until I say "I’m tired of listening to this. I have to sing it myself now." "Love bizarre" is the only tune Sheila E. did that I really got excited about, probably because Prince wrote it. Prince is a writer more than anything else. He’s written so much. It’s really amazing. I don’t think he should have recorded everything he’s written, but maybe it’s just his way of getting it off his chest. I like his new record a lot. I don’t listen to his guitar playing. I listen to his compositions, melodies and structures. I like "Lay down your funky weapon." More and more, I just get completely floored by Lisa Dal Bello. If she walked into this room right now, I’d faint. Her latest release is called She. It’s my favorite record. It’s probably logged more listening hours than anything I’ve heard. Also, Whomanfoursays is a great record too. I put them both in the same category. Whomanfoursays is more on the creative side. She is more produced in a more poppier vein. But her strength is what I like. If you ever meet her, tell her I want to meet her. Tell her I’m dying with desire to meet her. Tell her I’m her fondest admirer.