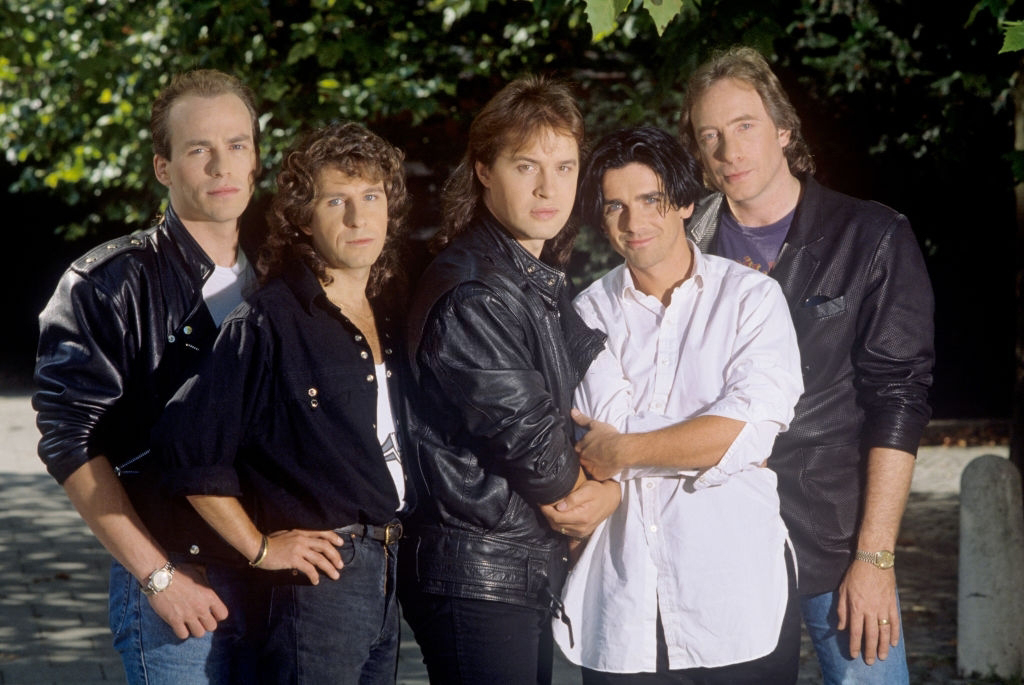 Marillion is living in a cross-continental paradox. The British prog-rockers enjoy a large and fanatical audience in Europe, but only possesses a small cult following in North America. It's hoping that situation changes with the release of its latest album Seasons End.

The band has often been compared to Genesis and Yes because of its exploration of swirling, symphonic rock that occasionally veers into accessible pop territory. The result has been six enormously successful releases which have sold millions in Europe. It's best known for the outrageous antics of former frontman Fish, a charismatic Scotsman with a theatrical performance style and equally dramatic lifestyle. A less than amicable split with Fish took place in 1988. Within a year, the band recruited Steve Hogarth, a singer-songwriter previously known for his work with a British band called The Europeans.

Seasons End debuted in the top-10 in Britain and helped dispel many concerns about the band's commercial viability – at least in its homeland. In this interview, Hogarth and keyboardist Mark Kelly address the band's recent changes and future directions.

Describe the circumstances of Fish's departure.

MK: In a nutshell, it was musical differences. When we were writing with Fish, he didn't approve of our material. There were disagreements on touring aspects as well. He didn't want to tour unless he could party and you can't do the two at once.

Are there any disputes over who gets performing rights to the older Marillion songs?

MK: There's no reason why he or we can't perform the old Marillion songs. It does seem strange though that Fish is going to play old Marillion songs when he said he wanted to do completely new things and disowned the whole thing. As far as playing live, we'll be doing about half old and half new material. We've done that with every new album and tour.

Was the release of the live album The Thieving Magpie after Fish's departure supposed to signal a changing of the guard?

MK: It was always something we wanted to do and when Fish left, the band thought that if we didn't do it then, we'd never do it. We wouldn't want to release a live album later with a mixture of songs from both the new singer and old singer.

What made you choose Steve Hogarth as the new singer?

MK: What happened is that we started off looking for a singer while we carried on writing music. We had about 300 tapes that people sent us to start with and we auditioned about 30 people, but we didn't like any of them. When we heard the tape sent in by Steve, we felt his voice was perfect, plus all of the songs on his tape were written by him. It appeared he would be quite compatible with us, so we contacted him and he came down.

Steve, what were you up to prior to Marillion?

SH: Back in 1980, I joined a band called The Europeans. We made three albums for A&M between 1981 and 1984, but we only made one really good album – the last one. Unfortunately, the day we released it, the managing director of A&M resigned and the whole company was in turmoil. The album didn't get promoted the way it should have been. I formed a new band afterwards called How We Live, which was a vehicle for the songs I had written. We did an album called Dry Land which I was very proud of. But we had problems with the managing director of CBS as well and I became really wary of the music business power game. I spent about a year trying to write a second album for How We Live, but my heart wasn't in it and I thought the whole thing was futile. I think if you do good work and it goes nowhere, you say "Hang on a minute, what's the point?" Towards the end of 1988, I decided enough was enough and I'd look for something new to do other than music.

SH: Yes, I was contemplating getting out completely. I got to the point where I had this burning ambition to succeed and it was beginning to ruin my life. As soon as I was ready to quit though, the phone started ringing.

Why did the band abandon the concept album format it used prior to Seasons End?

MK: The only real concept album we did was Misplaced Childhood. The first two albums were individual songs written over a period of time. The only similarity is that they were the personal viewpoints of Fish. Seasons End isn't a concept album either – it's a collection of songs that deal with different subjects.

Most fans look at Clutching At Straws as a concept album.

MK: That again is a personal statement by Fish about his struggle with reality. It has a lot to do with drink and drugs and reality to be honest. It's not a subject that we felt Fish should be talking about in the first person, so he invented this third-person character. In that way, I suppose you could say it was a concept album.

Do you feel you have anything to prove with Seasons End?

MK: Not at all. The album happened so naturally that there was no doubt in our minds it was strong. We never felt we had to show we could carry on without Fish. I think a lot of people assumed that Fish wrote all of the lyrics and music and was the leader of the band and that when he left, he took all of the songwriting ability away with him. So, I suppose in that sense, we've proven that's not true.

The video for Seasons End's first single, "Hooks In You," is a straight performance piece. That's a departure from the theatrical videos of Marillion's past.

MK: What's happened is that in the past we've always wanted to do live videos, but Fish saw videos as a vehicle for his acting aspirations. We all felt that one of the strongest areas of the band was playing live. When Steve joined, it seemed the most logical thing to do.

How are you going to approach North America differently than in the past to build the band's profile?

SH: We can make a lot of headway in North America if we take the time to do it and prepare to slum it a bit. If we really work hard on the live circuit here, hopefully we can duplicate our European success.