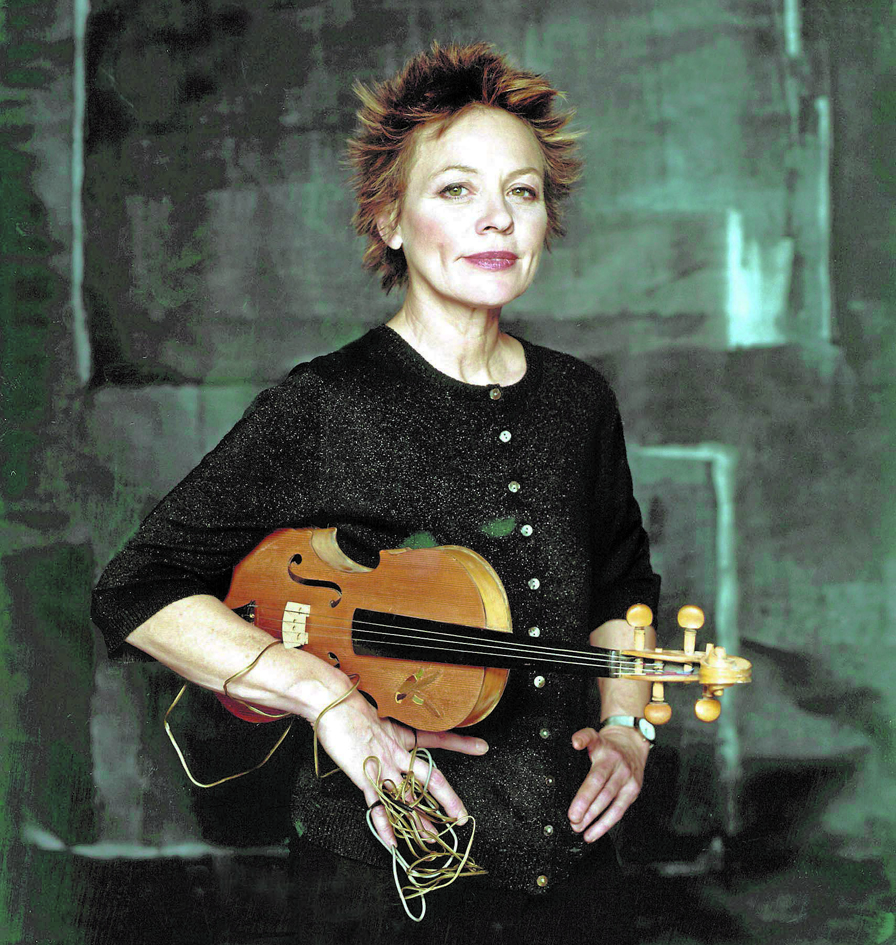 If performance artist Laurie Anderson has a specialty, it’s the big picture. Her works are philosophical snapshots of countries, societies, individuals, and ideas taken from a macro perspective. Whether through music, film, writing, or photography, her goal is to inform at the cerebral level while remaining within the boundaries of entertainment.

Anderson spent much of the ‘70s creating largely New York-based works. Her first widely acclaimed piece arrived via the 1980 hit single "O Superman." It was followed by a series of extravagant multimedia performances titled United States. The show was designed to serve as "a performance portrait of the country" that investigated the broader impulses and psyche of its people. The act was archived for posterity in a multi-disc box set and book.

Her next major work was 1986’s Home of the Brave, a groundbreaking film that captured a live performance of the album Mister Heartbreak. The project combined her surreal visuals, ethereal vocals, violin playing, and storytelling talents with the musical expertise of guitarist Adrian Belew, percussionist David Van Tiegham, keyboardist Joy Askew, and others. Of particular note was the use of costumes that doubled as instruments. For instance, Anderson wore an electronic drum suit that allowed her to bang out rhythms by tapping on various parts of her body.

Empty Places, Anderson’s latest show, is a one-woman production. Like her previous works, it features music layered atop visual imagery that shifts and morphs seamlessly behind her. The show explores issues related to politics and music. It also includes visuals such as bombed-out buildings, empty warehouses and abandoned cars created to depict "the way the Reagan era looked at the end of the decade out on the street."

Anderson spoke to Innerviews about Empty Places and its accompanying album Strange Angels before the tour's Ottawa, Canada performance.

You've long focused on the art of solo performance. What evolution does Empty Places represent for you on that front?

One person can make a lot of noise. My violins are now very hopped up and the keyboards are MIDI-ed together. Empty Places is more of a visual show. I shot thousands of slides and films for this thing. I did computer animation. There’s a lot of stuff going on. To simply play Strange Angels onstage, I’d need a lot of people and animals. I’d need birds and they’re so uncooperative. Tour managers hate them too. [laughs] There’s all these cages! So, really, why just play a record onstage? I make records for people to listen to at home. They’re not really dance records. They’re much more intimate. Being with a big group of people in a dark room is intimate in a different kind of way. You have so much room to do things that are more visual. I like doing something that’s more about pictures at the moment. Doing a typical "play the record" kind of tour doesn’t make any sense. 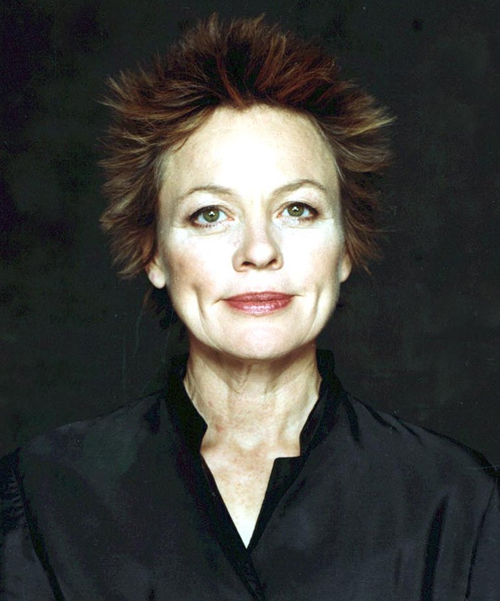 The record started out a few different ways. I just started and kept changing it so it looked different every day. At one point, it was going to just be a bunch of soundtracks for films that I had around the house. I thought I’d just put them together and make a record that would be easy and only take a few weeks. It didn’t turn out that way. I admire people like Paul Simon or David Byrne who decide to do things from South Africa or Brazil. I’m much sloppier than them. I also have a backwards way of working compared to some people in that I like to write songs, then tour and then record them. So, the way the album turned out was a complete surprise to me. There ended up being more notes in it than I thought there would be.

Strange Angels is more melodic than my other albums because there’s so much singing on it. It started with the voice being the lead. I kind of got shamed into taking singing lessons. I was working on a song and it was turning out kind of slick. It was something I never released. The back-up singers did their part and I stepped up to the mic and realized that the song should be sung. It was a little late to have the realization that I had no idea how to sing. [laughs] So, I could talk-sing like I usually do or I could learn a few things about singing and take some lessons. It was a really odd sort of process. It’s very physical and vulnerable. There’s no button you can push to fix it. That was scary. Sure, you can make it measure up when recording, but not in a live situation. I also started to write in a different way because of the lessons. It was "Oh, here’s another voice I can use."

How have your multilingual abilities manifested themselves in performance?

Apart from English, I speak mostly Italian, then French and then German. I don’t speak that much German though. The first time I tried performing in German, the newspaper said my accent sounded like a used car salesman. [laughs] In other words, it was a little stiff. I’m not fluent in French but I’m working up to doing a show in Quebec City which will almost all be in French. The Spanish government just called me up and asked if I’d like to do a film project for the Olympics. So, now I have to learn Spanish too.

Canada remains in the midst of a fierce debate over whether or not Quebec should continue embracing English. What's your view on the country's language issues?

In the most general way, it sometimes seems that the longest wars never end. And the one between England and France is still being waged in downtown Montreal 500 years later with all of the language debates. The problems still aren’t solved. It seems that way to me. That’s probably a very warped outsider’s view.

Dear Reader, one of your earliest projects, explored sex in the '40s. Reflect on the making of it.

It was a film I did in 1975. I shot it on Super-8. The opening shot of the film was a bedroom and two bathrobes that you see from the waist down. They come together and then a foot comes up and a slipper drops down to the carpet. Then, the camera pans to the window and the wind is blowing through it as nine calendar pages blow off. That’s sex in the ‘40s. Not exactly explicit. [laughs] I made the film and soundtrack. It was a bunch of linked stories about how time gets compressed and expanded.

What's next for you after the Empty Places tour wraps up?

I'm going to do a long radio play because I like driving and listening to really long stories. Maybe I want to do it because I’ve been working on so much music these days. It’ll be fun to just do sound effects because most of the visual stuff I’m doing now is on computers and that’s not as tactile as I really like to work.

The performance art realm remains male dominated. What are your thoughts on that imbalance?

I was in some artist groups and we would sit around and talk about how it was so unfair to have three women in an exhibition of 100 men. We thought it was so typical and elitist. Then, the next question was "How do we get in?" [laughs] So, we just wanted to compete in the same way. If you really want to have a part in changing things, that’s not the way to do it—just writing things down and saying "Believe this because that’s the way it should be." I was never convinced of anything that way. I hate it when people tell me what to do. I have a very bad reaction to authority or to someone that says "My opinion is more valid than yours." It scares me. So, if I had something to say about women and men, it would have to be put in another way rather than clobbering people over the head. I don’t have the right to do that.