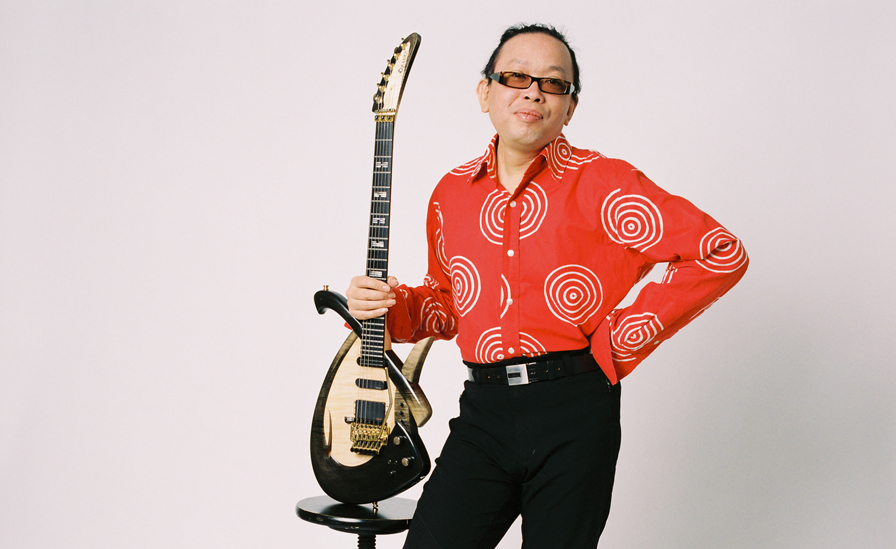 My goal has always been to combine identity and universality in my music,” says French-Vietnamese world fusion guitarist and composer Nguyên Lê. “Every artist should have a strong and unique identity resulting from their roots, loves, and dreams. But this identity shouldn’t be confined within one’s ego—it should explode forward, travel through countries, and cross over history so it can be shared and understood by others. That’s why I seek to bring an ethnic component to the electric guitar by infusing it with sounds, concepts, and phrasings learned from traditional music. For instance, I love the idea of trying to sound Vietnamese while playing Hendrix, as well as composing music that will be sung in Arabic and played by Algerian musicians.”

For his tenth album Homecape, Lê chose to distill that approach into a series of duos between oud player Dhafer Youssef and trumpeter Paolo Fresu. It intrepidly mixes and mingles jazz, rock, electronica, and world music influences from Vietnam, Africa, Papua New Guinea, Sardinia, and Australia.

“I didn’t want to make a typical duo album in which the guitarist tries to play bass, chords, and melodies at the same time,” explains Lê. “Rather, I wanted to use the huge space available in a duo to go deeper in both extremes—minimalism and intimacy on one side, and orchestral electronics on the other. I wanted to listen to the breath of each note just before it vanished, and most importantly, feel the immediacy of the companion musician. The overall concept was to keep the sessions, simple, fast, and informal. However, on the post-production side I took a methodical laboratory approach in which I tried to reshape the recordings, and bring themes and songs out of 45-minute long improvisations via digital editing.”

“I’ve made home recordings for a long time, but Homescape is the most complete experience I’ve engaged in,” says Lê. “I prefer not to struggle with a sound engineer to accept my point of view. Once you master the tools, home recording means complete freedom of scheduling and cheaper expenses. It also blurs the line between conception and production, and playing, recording, and mixing. On the post-production side, it allows me to experiment for countless hours using the craziest editing and effects possible.” 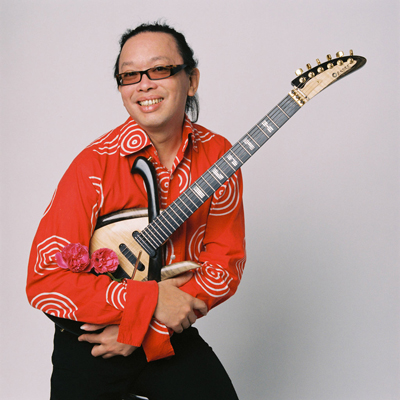 His Julien Gendre Tao guitar is a custom instrument designed to build on the best qualities of his previous James Trussart electric guitar with an array of unique aural and cosmetic additions.

“The idea behind the Tao was to create a more personal guitar that reproduced the neck and fret dimensions of the Trussart, as well as the Maple body and neck, and EMG SA Single Coil Active Guitar Pickups and EMG 89 Split Coil Humbucking Active Guitar Pickup in the bridge,” says Lê. “It features a thinline acoustic chamber that provides great warmth and complexity to the sound, with more subtle dynamics. The shape of the body is inspired by Chinese calligraphy and painted with Chinese black ink. When I play the Tao, it feels like a genuine extension of myself through which I can express every nuance, from the most tranquil water to the wildest fire.”

Lê’s guitar playing is influenced by musical principles from Vietnam, in particular an intervallic approach dominant in that country’s musical culture.

Integrating Vietnamese and Western scales is a hallmark of Lê’s albums, beginning with 1996’s Tales from Viêt-Nam. Making them work together can be easy or challenging, depending on the context.

“There are two distinct situations in which this occurs—when I improvise and when I write,” says Lê. “And within those situations I have to consider chords and inspiration. The more Western the context—for instance chords with well-tempered harmony and modulations—the more difficult it is to use quarter tones and improvise with Vietnamese inspiration. I’m more inclined to sound Vietnamese if there is no chord, one chord, or a few chords in the same tonality. Examples of that include ballads or trance hypnotic grooves. In general, it’s easy to superimpose Asian scales on Western harmony, but it’s difficult to do that with taste and balance, especially with live musicians who have to react to your sonic proposals. Things are always more interesting when borders are pushed back—like when a new, modulating chord is harmonizing a traditional melody. This has to be done with major care because traditional Vietnamese singers don’t like that. One solution is to create a diatonic harmonization when the melody is sung traditionally, as well as incorporate a different, more modern one with a sophisticated counterpoint.”

Another of Lê’s key approaches is shadowing the harmonies and melodies of other musicians such as sax and trumpet players without precisely mirroring them.

“I like the idea of multiple open unison in which several musicians play the same melody but each one infuses it with his own taste and sense of freedom,” says Lê. “Sometimes you’ll recognize which instrument is doing what, and sometimes not. For me, this idea may have its origins in how instruments accompany the lead vocal in traditional Vietnamese music. For instance, zither, lute, and fiddle players will all play the melody but in their own way and then meet at a specific unison moment within the pivot note of the phrases. It’s a great way to comp when there are no chords or bass in the music.”

At the core of Lê’s sonic philosophy is the idea of letting go of musical preconceptions in order to embrace traditions and propel them forward.

“So many world music projects are artistically dead because you feel there’s no respect for the human relations between cultures,” says Lê. “You have to go beyond tourism and exoticism and really learn and adapt yourself to the other music. Don’t be afraid to forget some of your own references in order to make that happen. For instance, the first time you hear a quarter tone in North African music, it will sound like a wrong note. Then you’ll learn to recognize it, play it, and even sing it. If you have embraced the tradition deeply enough, your own identity will have evolved as well. So, the fusion is inside of yourself.”