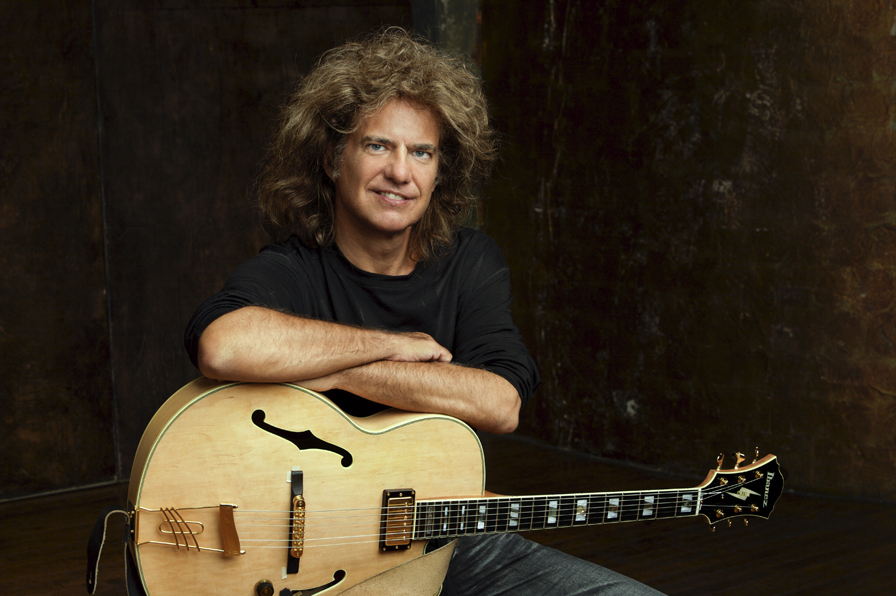 It was a dream come true for guitarist Pat Metheny. Last December, he found himself in New York's Power Station studio recording an impromptu jam session with jazz legends Roy Haynes and Dave Holland. Fourteen solid months of touring and recording with his own eight-piece jazz-fusion group had left Metheny wanting to pursue something simpler.

"I've always been into the idea of a trio as an alternative to the activities with my group," said Metheny. "For a guitar player, it's hard to play in a trio. It's a challenge. You don't have the harmonic possibilities that you have with a piano. There's just something intriguing about the combination of guitar, bass and drums."

Spontaneity and improvisation were the operative words in the session. The trio played a wide variety of numbers, ranging from standards to older Metheny pieces to tracks written the night before the jam. The pieces were recorded, but never intended for release. However, upon hearing the results, Metheny was so ecstatic he convinced his label to put them out as the just-released Question and Answer.

Metheny stands out as one of few modern jazz musicians to make an impact on mainstream music. Whether performing in one of his various trio configurations, the Pat Metheny Group, or as a solo performer, he's always managed to gain the attention and respect of the public at large. In fact, his last two group releases, Still Life (Talking) and Letter From Home both won Grammy awards in various jazz categories.

Metheny first gained some notoriety as an instructor at Boston's prestigious Berklee College of Music. Vibraphone luminary Gary Burton gave Metheny his first break by recruiting him for his group in 1974. Once the jazz world en masse heard Metheny's virtuoso stylings with Burton's group, the sky was the limit. Recording session and label offers began pouring in, and the rest is history.

Despite having releasing over a dozen albums on his own and appearing on countless others, Question and Answer has emerged as Metheny's favorite to date.

"I had always dreamed of playing with Roy and Dave together because they had never played together before," he said. "I thought that they would be a magical combination because they both have a very aggressive way of playing. It ended up being even better than I thought—they just instantly hooked up. For the first track 'Solar,' I don't think we even realized we were recording. It seemed like we had played together all our lives."

Instead of utilizing the cornucopia of guitars found on his group releases, Metheny chose to limit himself to just one for the session.

"I used a Japanese copy of my old Gibson," he explains. "That was good because it made me focus on the pieces instead of asking myself which guitar I should be using on a tune. I have a tendency to do this because I'm always looking around for different stuff. With this, my only choice was to play this guitar."

This year has seen many jazz-fusion artists embrace a back-to-basics approach by recording albums featuring a simpler, more acoustic vibe. When asked how he feels about the trend, Metheny reacts by protesting his inclusion in the fusion category.

"I don't really feel like a fusion guy," he explained. "I suppose I am by virtue of the fact that my group uses electric instruments. The style of music on Question and Answer is not that different from the music that I play in my band, except that I would say Roy and Dave are better musicians than me or any other member of my band—so, the level is higher. Obviously, the fact the compositional side of things is played down and improvisational side is more focused makes it a different type of music."

Metheny is currently working on a solo album to be released sometime next year. A Pat Metheny Group tour will follow after that.

"The thing that keeps the group fresh is having everyone going off and doing their own separate projects and then coming back and having it be brand new again," he said. "I think for the next record, we have to break out and do something pretty different. I want to keep the personnel the same if I can, but try different types of music and writing for it. I've already sketched some things out for it, and I think we can come up with something that's real cool."