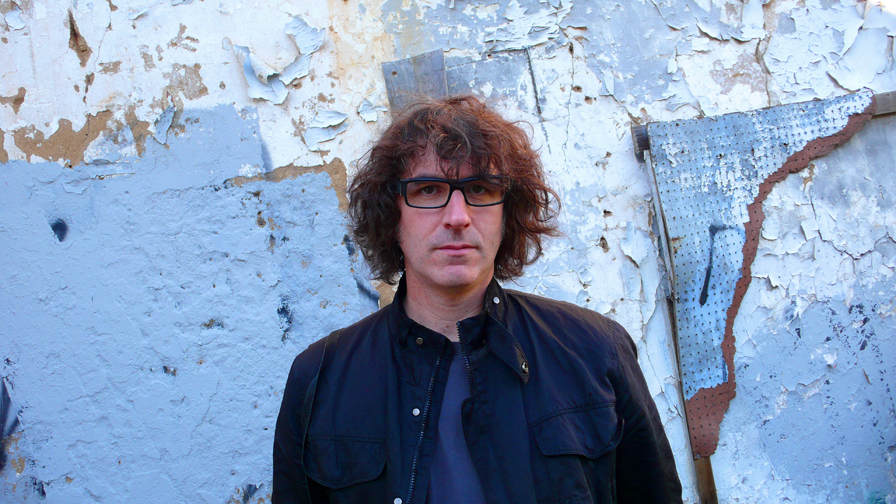 Philadelphia-based guitarist and composer Tim Motzer finds infinite joy in diversity. His output as a leader and sideman crisscrosses multiple musical universes, including jazz, fusion, prog, hip-hop, soul, electronica, and the avant-garde. Motzer gets to explore these genres and the intersections between them via his ubiquitous presence in the wildly deep and varied Philly scene, where he can be found working with the likes of DJ/Producer King Britt, spoken word/hip-hop artist Ursula Rucker, and jazz-fusion bassist Jamaaladeen Tacuma, just to name a few. He also traverses manifold territories through the many albums released on his own 1k Recordings label, including the expansive, laidback song forms of Nucultures, the crunchy jazz-funk of Jazzheads, and the solo soundscapes of his Tilomo alias.

His other current major collaboration is Base3, an all-improvised, experimental jazz-rock trio that just released its first CD, DarkMatter. The disc finds Motzer venturing into the outer reaches of his electric vocabulary with searing, extended soloing, percolating loops, and ethereal textures.

Describe the creative process behind your contributions to Secret Rhythms 3.

Burnt Friedman wanted me to play mostly acoustic guitar on this record, although there's also some electric work. A lot of the initial recording happened in Burnt's studio in Cologne, Germany, and I worked on some parts on my own in my home studio. My initial response to hearing the tracks was that they needed driving African-style guitar parts that fed off and responded to Jaki Liebezeit's rhythms. I thought that was the thing that could lock it all together and propel the music forward.

What guitars and effects did you use on the album?

I mainly used a Takamine EF341SC acoustic-electric. It's an amazing guitar that gets more responsive and warmer as it ages and the wood gets drier. I used it for the African rhythmic playing, slide parts, and strumming. At Burnt's studio, we recorded it with a Brauner microphone straight through his desk and into Apple Logic. When I recorded at home, I used two microphones: a Neumann TLM 103 large diaphragm condenser and a Samson C02 pencil condenser. Both went through an API 3124+ mic preamp into a Universal Audio 2-1176 Twin Vintage limiter, and then directly into Logic.

I also used a Mexican-made Fender Telecaster Thinline for the nasty, fuzz-oriented lead lines and Whammy pedal-induced madness. The guitar has a very clean, crystalline sound, in part because of its two humbuckers. Effects-wise, I put it through combinations of pedals included in my typical signal path: an Ernie Ball Jr. volume pedal, a Guyatone WR-3 Wah Rocker, a DigiTech Whammy, a Guyatone OD-2 overdrive, a Z.Vex Fuzz Factory, and a Line 6 DL4 delay. From there, the signal went into a John Martin custom class-A 15-watt amp built into an RCA speaker chassis, and a '70s Fender Princeton with tremolo but no reverb. Base3's DarkMatter was a live-in-the-studio affair. 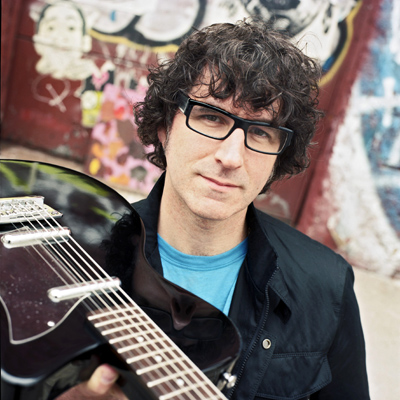 How did it come together?

Base3 started with drummer Doug Hirlinger, bassist Barry Meehan, and myself improvising in my studio. We quickly realized something extraordinary was happening, so I set up as quickly as I could and started recording. It was three musicians working in real time, influencing and listening to each other to create one sound. We played for more than an hour and at the end thought, "Wow, we have a record here."

Your guitar work on DarkMatter focuses on fuzz tones and looping. What was your setup?

I played a late-model Danelectro Baritone guitar that has a cutaway headstock and lipstick pickups. It's a really resonant instrument that gives me an extended range for power chords, and it's my favorite guitar at the moment. The other guitar I used was a '66 Epiphone Granada with a single-coil pickup in the neck position and a wooden bridge. It has a beautiful warm and dark sound, unlike many jazz guitars with metal bridges that sound thin and trebly.

I was going for an experimental and almost cinematic sound on the album. The key effects pedals I used were the Guyatone WR-3, a cool and versatile auto-wah, and the DigiTech Whammy, which is great because it lets you get really high highs and extremely low lows. I also used a Z.Vex Fuzz Factory, which is one of the gnarliest pedals ever made, to get a Band of Gypsies-era Hendrix sound. And I used a Line 6 DL4 to create textural, orchestral, and melodic sounds and loops. From there, the signal went into the Princeton, which was miked with a Sennheiser e609 into my API preamp. Both the Fender and the John Martin are beautiful tube amps that can be overdriven for a warm saturation that accents all of the natural harmonics.

You use a variety of open tunings. What are a few of your favorites?

One of my own is C, C, G, G, G, G [low to high], which is really wonderful for working up bits of melodies and chords with cello-like droning suspensions. It's great for bowing and looping. I also like to modify it to C, C, G, G, G, D, which gives me a higher first string for additional range. DADGAD is also great for barring the lower three strings to create a fifth, and moving that formation around while letting the high three strings drone on. I love using suspensions that let you keep sounds flying in the air as you play. In general, what intrigues me about alternative tunings is that you still have your technique, but you don't necessarily know where your fingers should go. So, you have to start relying on your ear and listening to the sounds you create. It's a really rewarding experience for me.

Are you concerned with maintaining a sonic identity across your diverse material, or do you just go with the flow?

If I listen back to all of my different projects, I can hear a common thread or voice. There's a rhythmic feel that runs through everything that I would describe as the "Philly soul-funk thing." It's a certain grittiness that captures the life force, struggle, and fight that's always within Philly. The other identifiable thing is the ethereal component presented through my use of sustaining, looping, and EBowing. But I don't worry about whether or not I have an identity. I do go with the flow and just enjoy the immersive, constant evolution each project represents.

What advice do you have for musicians concerned about being perceived as too "out there" for pursuing so many different paths?

It's critical to keep things wide open as a musician and not limit yourself. If you're not playing because you love doing it, why bother? You shouldn't do anything just to try and be famous. That's being an entertainer, not an artist. It's a heavy deal to want to be an artist. It's a hard life and a struggle. So, your purpose should be about evolving the music and trying to get into the zone where there is no thought and the ideas are flowing through you. It's the most exciting feeling in the world. I say get rid of the illusions and myths and just get out there and make some great music.