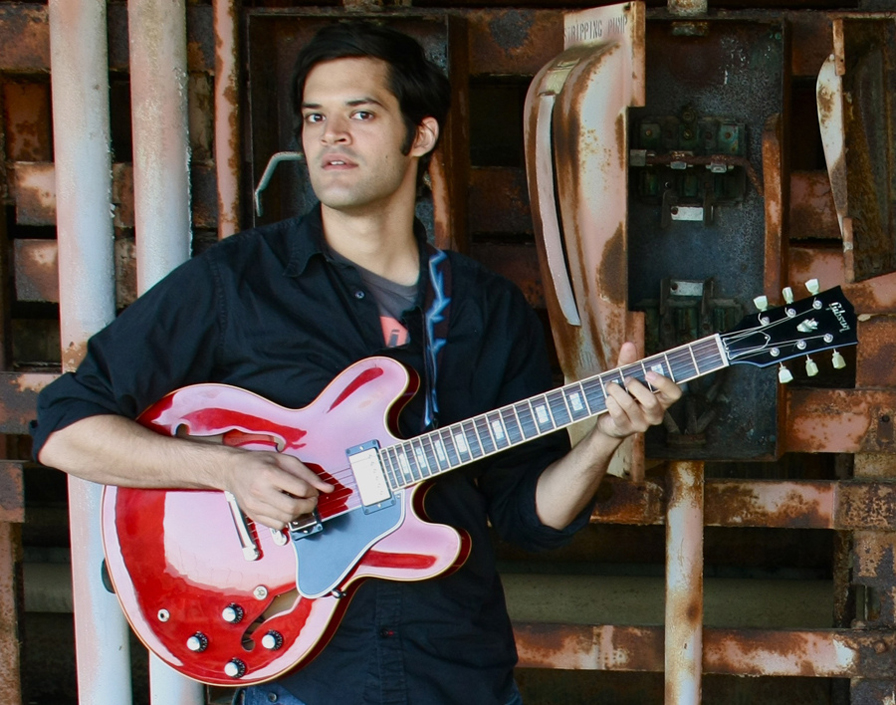 Thousands of people have played guitar before you and thousands will play after you. So, what will you do that's different?" This is a question jazz guitarist Alex Pinto recalls his mentor, bassist Keter Betts, asking him. "I took that to heart by using my debut album Inner State to address who I am as an Indian-American, while simultaneously honoring the jazz tradition. I wanted to combine North Indian Hindustani music and jazz in a completely seamless way."

On one of the album's highlights, "Chai Kinda Day," Pinto begins with a raag, a core melodic mode in Indian classical music, and transitions into smoky jazz territory while retaining Hindustani sonic and rhythmic underpinnings.

"I tuned my Gibson ES-335 1960 Reissue to C, G, C, G, C, F low to high, which is like a sarod, a fretless Indian stringed instrument," explains Pinto, a winner at the 2008 Gibson Montreux Jazz Guitar Competition. "I employ that open tuning to introduce the raag that I wrote the melody and built the chord progressions and bass lines from. I used .011-.048-gauge Ernie Ball Power Slinky strings that let me perform sarod-like bends and inflections that I couldn't do with heavier strings. I added some distortion with my Pro Co Vintage Rat pedal and used my Line 6 DL4 Delay Modeler to get some ringing going to further create a sarod effect. I used my jazz axe, an Ibanez GB200, for the solo and Western changes, chords, and scales."

Pinto's advice to others interested in exploring this East-meets-West universe is to be augmentative.

"Take a Western approach to raags," says Pinto. "Build triads and seventh chords with them and try to develop a harmonic progression with a related cadence. When Bartók wrote music, he didn't just insert folk melodies. He built chords, tonal structures, diads, and triads with them. Do the same with Indian stuff. Don't just play the Indian piece and then go back to the jazz head. The question is, 'How do you incorporate the Indian piece into the jazz head?' Really try to integrate the Indian form into your chords, solos, and improvisations. There are no books on this, so it will require some self discovery. It's hard work but worth the effort."