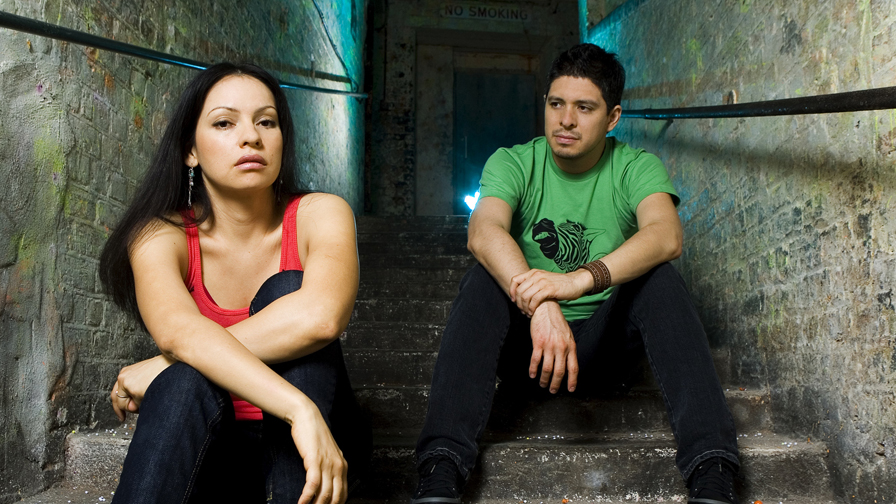 Radical change and uphill challenges don't scare Rodrigo Sanchez and Gabriela Quintero, the Mexican guitar duo better known as Rodrigo y Gabriela. The couple first met in their late teens playing electric guitar together in the Mexico City-based thrash metal act Tierra Acida during the mid-'90s. In 1999, disenchanted with what they perceived as a stagnating Mexican rock scene, Rodrigo and Gabriela left the band and sought fresh vistas. Their escape route took the unlikely form picking up acoustic guitars and busking across Europe playing a raucous blend of Flamenco-inspired harmonies and rhythms combined with blazing rock riffs, jazz shadings, and even a touch of funk.

The pair were determined to get their music to anyone willing to listen. Restaurants, bars, street gigs, wedding receptions, art galleries—you name it, they played it. A chance encounter with singer-songwriter Damien Rice resulted in an invitation to open for him on tour. Emancipation from random gigs soon followed.

Rodrigo’s lightning-fast, single-line runs combined with Gabriela’s rhythmic techniques that include heavy strumming, thrashing her strings, and playing boisterous percussion parts on her guitar’s body, provided an intense, visceral experience that Rice’s rock crowds could relate to. A large fan base emerged across Europe. Their adopted homeland of Ireland went particularly crazy for them. In fact, their new, self-titled album hit number one in that country’s album charts—a first for an instrumental record there.

Rodrigo y Gabriela was produced by John Leckie, renowned for his work with alternative rock acts including Radiohead, Muse, and Stone Roses. The duo specifically chose him because it knew he could capture the fiery energy of its live performances while avoiding even a hint of nuevo flamenco’s new age leanings. The disc’s nine dynamic and unabashedly brash tracks take listeners on a breathless, non-stop rollercoaster ride through its varied influences. It also features linkages to the pair’s metal roots, with acoustic reinventions of Led Zeppelin’s “Stairway to Heaven” and Metallica’s “Orion.”

Describe the creative process behind the new album.

Gabriela: We often just sit together in a room and jam independently. If Rodrigo likes what he hears me playing, he might start adding a new melody to it. From there, I’ll start creating new rhythms and harmonies, and the next thing you know, hours will have passed. We just fall into a zone where we get really focused. Sometimes this also happens at soundcheck or at the hotel before the gig. We try to fit in writing whenever we can, even if the circumstances are crazy. We prefer ideas that are a lot of fun, diverse, and dynamic. It takes us anywhere from a few weeks to a couple of months to come up with something. During that time, we are constantly changing the structure. We find that playing pieces live also really helps us understand what works and what doesn’t about a piece. So, in a way, live performance is part of the composition process.

What tools do you use when you write?

Rodrigo: We aren’t able to transcribe what we do because we don’t know how to read or write music. We typically just record riffs and ideas onto our Mac laptop using its built-in sound recording software and condenser mic. We’ll even record ideas into our mobile phone using memo recording mode. The sound quality may be terrible, but it ensures we remember any ideas that might otherwise disappear. When we get serious about writing, we use Pro Tools 6.7 on the laptop for recording pieces in progress. 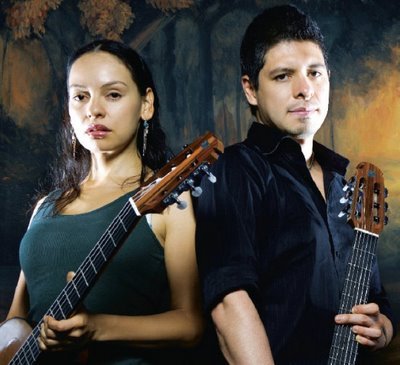 How does composing for two acoustic guitars differ from writing for your previous metal band?

Gabriela: In the metal band, we were much younger and would fight for every little element in a piece. We’re much more mature now. If I come up with something, Rodrigo doesn’t judge it. We just run with it and try to finish the thing. If we finish it and hate it, it doesn’t matter. We don’t have to record it. It’s not uncommon for us to spend weeks or months on a song and then throw it away because it’s not working. However, we feel that you never waste your time when you’re writing or playing music. You always learn something new. Another difference with the metal band is that we tried to make everything as complicated as possible.  Nowadays, we’re focused on writing the most natural and organic music possible. We’re not out to please anyone but ourselves.

Tell me how you went about adapting Metallica’s “Orion” for the acoustic universe.

Rodrigo: I think to effectively adapt a song like that, you have to know the song perfectly. You can completely understand the structure, but that’s only one part. If you want to create a new version that comes from the heart, you need to really love the song and align yourself with the vibe of the original. I listened to Master of Puppets, the album that track is from, every day for years and still listen to it a lot. It’s my favorite album in the whole metal genre and Metallica is the reason I was inspired to play guitar in the first place. So, I wanted to be very faithful to the original and simply arrange it for two guitars while trying to somehow reproduce all of the band elements, including the drum parts.

Gabriela: An example of that is the way I use my right hand to emulate the drum fills, rhythms, and beats with heavy strumming and by playing percussion on the body of the guitar.  In addition, increasing the action of the guitar makes it sound more like a drum. Muting the bass string with my right hand is another way I created percussive effects for the piece.

What guitars did you use on the album?

Rodrigo: We primarily used two custom-made guitars by Frank Tate, a luthier in Dublin. The fretboards are narrower and thinner than many acoustic guitars, which made the transition from electric guitar easier for us. We love these guitars because they sound rocky and heavy, not clean or classical. Frank also reinforced the guitars by building little, wooden structures inside the instruments. It enables us to do all of our heavy percussion things without breaking the guitars. The guitars use Alaskan Spruce for the tops and sides, Indian Rosewood for the back, and Honduras Mahogany for the fretboards. Both are equipped with Fishman Premium Stereo Blender pickups. We use normal tension D’Addario nylon strings, which are great because they’re very strong and never break onstage.

Take me behind the scenes of the recording sessions.

Gabriela: We made the album at Riverside Studios in Bath, England using Pro Tools HD. We were there 16 days in a row, playing together in one room. The aim was to capture a really live sound, with both of us interacting in real time and just going for it. Our producer John Leckie was in charge of mic placement. He had them all over the place and kept changing their locations between takes and songs.

Rodrigo: I think his decision to experiment with mic placement came out of the fact that we didn’t want to have a regular guitar sound like you would find on a Flamenco or classical album. We wanted the album to sound edgy, bright, live, rich. and somewhat electric, even though we’re playing acoustic guitars. To achieve that, he would place two or three mics on each guitar, some that were far away and some that were hung like boom mics. He used several types of mics including DPAs, Neumanns U89s, and AKG 414s. Apart from a bit of reverb, we didn’t allow John to put any effects on the guitar. Even when we play live, we don’t use anything—just reverb from whatever deck the sound engineer is using.

You dislike being pigeonholed as Flamenco guitarists, but the influence is undeniably there. What attracted you to that form, given your metal background?

Rodrigo: We listen to a lot of different kinds of music, but we really love Flamenco. It’s funny, when we were living in Mexico, we never thought we would play Flamenco rhythms, because all we wanted to do was play thrash metal. The Latin stuff was uninteresting to us. We were very ignorant then. When we left Mexico, all of the influences from our childhood like the Flamenco vibe came into play naturally. It’s important to note that I don’t really play that similarly to a Flamenco player. Unlike Flamenco musicians, we use plectrums because our sound comes from all kinds of other influences too, including metal and jazz.

Gabriela: The truth is I don’t really know how Flamenco musicians do things. I often try to copy their riffs and I end up making different rhythms in the process. When I see a Flamenco guitarist play I think “Oh my God, that’s not how I do it.” However, I think it’s good that we’re not tied to any specific techniques because that provides a certain type of freedom. This all relates to the fact that we always listened to lots of different kinds of music. My mom has a really amazing music collection that includes jazz, salsa, rock, classical, tango, and Flamenco. As a result, I used to try to emulate Flamenco rhythms on electric guitar while I was in the metal band. We tried to adapt jazz techniques too. It was those interests that led us to quit the metal band. It became a lot more interesting to try and play things like Dave Brubeck’s “Take Five” on two acoustic guitars instead. Our goal became simply to live for music with no expectations of becoming famous and playing acoustic guitar pieces that draw from a variety of genres purely for our own enjoyment.