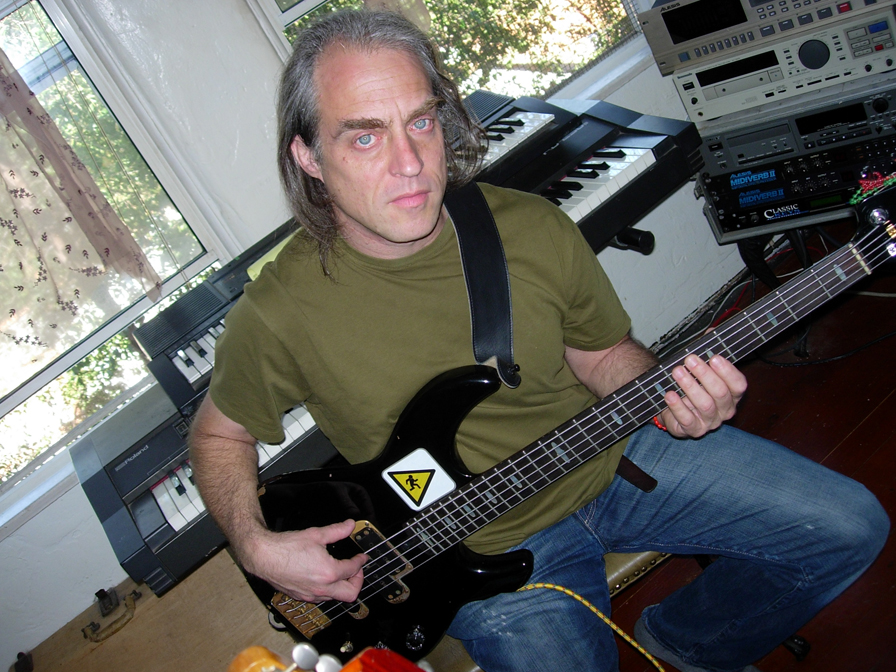 Sebastian Steinberg’s deft, sensitive touch on upright and electric bass, and his chameleon-like ability to transcend myriad genres has endeared him to an amazing variety of musicians. The Dixie Chicks, K.D. Lang, Lisa Germano, Marc Ribot, John Zorn, Eddie Vedder, and even William Shatner are just a few people who have called on him to record or tour with them. Steinberg is best known for holding down the bottom end in Soul Coughing, the now defunct New York act celebrated for its raucous and eclectic fusion of jazz, funk, pop, and hip-hop influences. Currently, Steinberg is putting the finishing touches on Scarlet Fever, a forthcoming solo CD he’s releasing under the name Homesick Orchestra. It’s an appropriately diverse and moody set of songs that explores roots, ambient, R&B, and psychedelic pop territory. Steinberg prefers to simply call it “reluctant soul music.”

What makes you so attractive to such a wide range of musicians?

I think it’s because I tend to have a flexible agenda, not a virtuoso agenda. I’m always trying to satisfy the needs of the music, not whatever bass player needs I might have. I’m not the guy you call if you want a bunch of histrionics, slapping, or Porky Pig-style playing. I tend to stay out of the way, yet inject as much of myself as possible into the music without calling attention to myself. Also, I’m a real groove pig that doesn’t have a specific idiom I feel more attached to than others. As long as the music is soulful and heartfelt, I can work with it. I don’t feel like I have to bring everything I do from a technical perspective to the job. A lot of people are relieved by that. The bottom line is if the musician is happy with what I’m doing, then I’m happy.

Is there a bass sound that works for you in many contexts?

I usually to go for the deepest, darkest version of bass I can muster. It’s funny, in Soul Coughing, when we first started gigging, we couldn’t afford to bring our own sound guy. So, the house guy would always think ‘Oh, he must want a jazzy, stringy tone.’ I’d say ‘No man. Think Aston Barrett. Think reggae—that’s what I’m going for. I just happen to be playing the bull fiddle.’ I think people really miss that in bass playing and that’s one of the things artists like about my sound. The more virtuosic bassists tend to have a real mid-rangey or treble-oriented tone. I’ve never been a fan of that or the audible string noise it can result in.

Describe your experience working with the Dixie Chicks on their last CD and tour.

Their music is probably the most idiomatically strict stuff I've had to deal with. I had played some bluegrass and country prior to working with them, but to immerse myself in that music at that level was a real challenge. I was really excited to see if I could avoid straying too far outside the lines because I've had so much freedom on most of the gigs I had done prior to that. For instance, in Soul Coughing, there was no compromise. It was a band in which I could represent the fact that I love both Sun Ra and really dark dub stuff in my playing. I think I managed to achieve the discipline I needed for the Dixie Chicks. However, it was first time I ran into the upright bass representing a political stance. The lead singer, Natalie Maines, felt it really signified the old country world and unpleasant connotations, particularly given the outspoken stances they're famous for. Natalie just couldn't equate upright bass with a rockin' sound, so I didn't play any upright on the road with them at all. It was bit of a regimented situation, but also fascinating to tour on such a grand scale. All told, it was definitely a great learning experience.