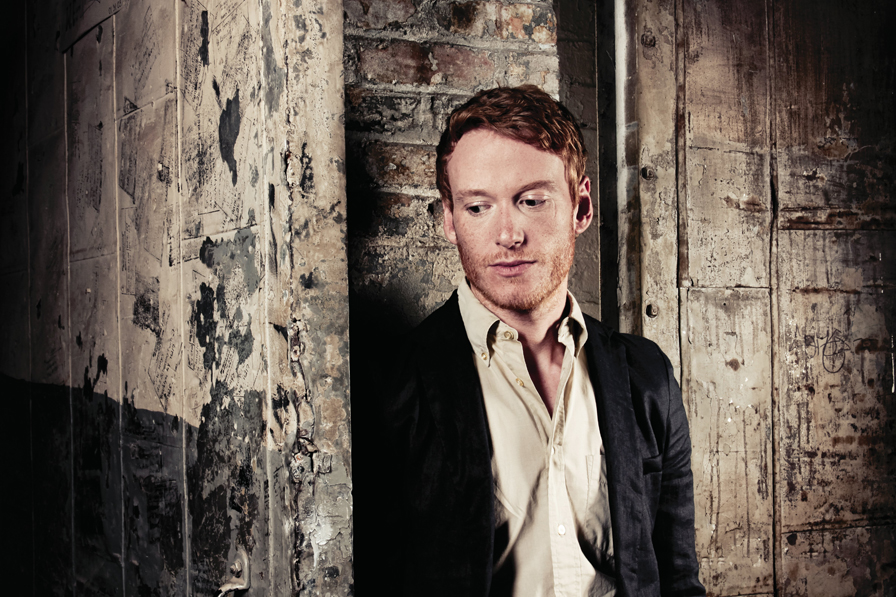 I typically use the 'survival of the fittest' principle when I'm writing songs," explains Teddy Thompson, son of renowned British singer-songwriters Richard and Linda Thompson. "I have up to 20 songs in progress at once in various states of completion. There are the occasional pieces that I really sit down and flesh out methodically, but for the most part I let the songs finish themselves. It's usually a very slow process. The average song takes me about six months to complete. I'm not obsessing on them during that time. I might only work on a particular song three times in that period, but I let them sit there and gestate. The ones that make it are those I'm not sick of or hate at the end."

When putting songs together for Separate Ways, his second solo album of leisurely-paced, introspective tunes infused with buoyant rhythms and his warm, lilting vocals, Thompson leveraged Apple's GarageBand software, but in a rather old school manner.

"I know it can do amazing things, but I essentially only use it as a dictaphone," says Thompson. "I click 'record,' sit in front of my laptop and start singing and playing guitar into the built-in microphone. It's really handy for writing, particularly when I'm traveling, because I always have the computer on. It's a good way to capture ideas as they happen and listen back to them whenever I want. I also rely heavily on just jotting things down on a notepad."

His primary guitar of choice while recording Separate Ways is a Lowden F-Series which he prefers because of its "big, flat, and even sound." In addition to Thompson's expressive acoustic and understated electric work, his dad also lends his incomparable lead guitar talents to five tracks on the record.

"I'm not very technically proficient as a guitarist, but I have good time, rhythm, and feel. Personally, I think today's music can do with a lot less virtuosity and a lot more feel, so I'm quite happy to be erring on that side. My goal as a guitar player is to play whatever the song and voice call out for. In a way, the guitar provides the warm glue that holds all of the other elements together. I think it's similar to my dad's philosophy. He isn't a showboating guitarist, although he's certainly capable of it. It's always about serving the song for both of us."

The melancholic vibe of Separate Ways' lyrics is also reminiscent of his parents' leanings.

"I like sad songs better because they're simply more affecting," says Thompson. "It's incredibly hard to write a really good happy and uplifting song. I believe sad songs work better because they truly mirror the human condition. That idea is reflected in my parents' work as well and I'm sure it rubbed off on me. I think that's where my natural disposition sits. There's also probably some influence of that sort of typical dour English thing as well. Ultimately, It all boils down to honesty for me. It should be the single most important consideration for songwriters. The most truthful tunes are the ones that really stand the test of time. I think it's natural that those are often the darker ones."