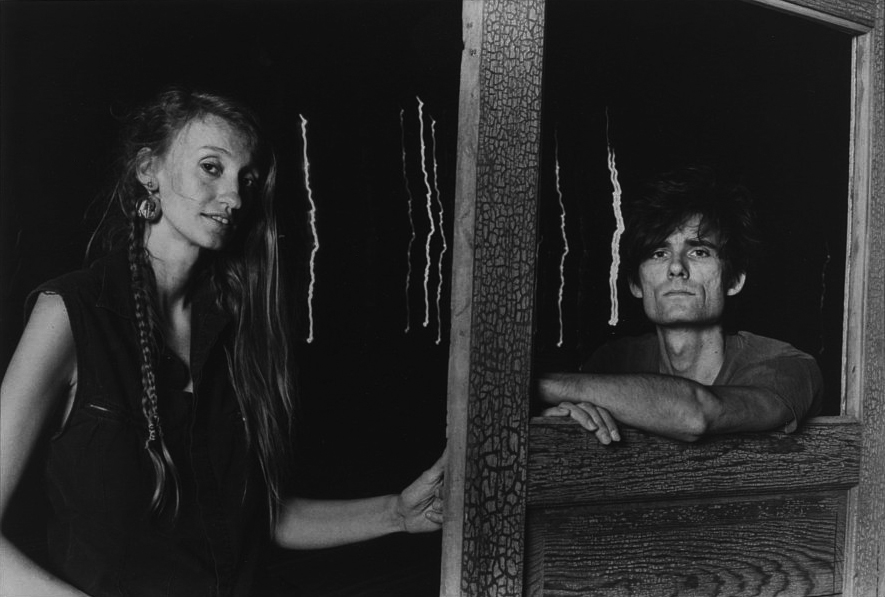 These days, I don't think people trust anyone that tries to paint a rosy picture," says Pat MacDonald, who together with his wife Barbara K, comprise the singer-songwriter duo known as Timbuk3.

Rosy pictures are rarely encountered on the duo's recently-released, acid-tongued album Edge of Allegiance. The disc explores the intersection between the personal and political that also drove Timbuk3's previous releases Greetings From Timbuk3 and Eden Alley. With biting wit and social commentary, Edge of Allegiance seemingly paints a somber view of the world. But MacDonald, the act's lead vocalist and songwriter, says listeners need to read between the lines.

"The overall tone of the album isn't pessimistic," he explains. "What I try to do in our music is balance these things out⁠—to keep a positive attitude as much as one can and try to face reality at the same time. It's more realism than pessimism I think."

The disc's title is a play on words that describes the societal paralysis gripping America⁠—a condition MacDonald believes stems from nationalism and fundamentalism.

"It seemed appropriate," he says. "Bush made a big deal of the Pledge of Allegiance in his presidential campaign. Edge of Allegiance fits the political songs and the personal songs. It's not necessarily about allegiance to a country. It's a theme that also extends to personal relationships. But in general, America is really hung up on symbols because it can't face reality. People are more pissed off about burning a flag than they are about people going in and shooting a classroom full of kids."

Timbuk3 is best known for one of the most misunderstood hit singles in history: "The Future's So Bright (I Gotta Wear Shades)." The tune is a cynical look at a world with its priorities seriously out of whack, yet the general population took it as a good-time anthem that looks at the sunnier side of life.

This is a duo that takes pride in challenging the status quo⁠—politically and musically. The Austin, Texas-based couple first gained recognition for live performances that combine acoustic guitars and harmonica with a thumping boombox featuring pre-recorded rhythm tracks. The result was a Bob Dylan-meets-Grandmaster Flash sound that resulted in a large, underground following.

For Edge of Allegiance, Timbuk3 chose another sonic path. It hooked up with Denardo Coleman, son of jazz legend Ornette Coleman. The younger Coleman infused the disc with a more rootsy and acoustic approach that finds the duo in a warm, stripped-down setting.

"We wanted to expand our rhythmic approach and wanted to work with someone who could teach us about drums and even give us some music lessons," says MacDonald.

The sparser sound was due to more than just Coleman's influence.

"We were originally planning on making a real crazy, techno album with a lot of sampling that probably would be impossible to duplicate live," says MacDonald. "We wanted to do it because we wanted to put our home studio in and have a lot of fun with it."

But the home studio took longer to build than anticipated.

"All of our other gear was in mothballs and we got new equipment that we didn't know how to use in time for the recording," MacDonald explains. "So, all I had was my acoustic guitar to play with. We're used to working on a real basic level though. The high-tech side of Timbuk3 has always been more like dirt-tech or low-grade."

Previous albums found Timbuk3 recording songs that had been live favorites for years, but the duo created all of the new disc's songs from scratch. "We recorded the album pretty quickly and relied on flashes of inspiration," says MacDonald. "We didn't labor over it for a long time."

The couple also took a back-to-basics approach when recording vocals by using one microphone to capture their trademarked harmonies.

"We're happy with the liveness and naturalness of the vocals as opposed to the past where we kind of overdubbed the harmony parts," MacDonald explains.

Timbuk3 is also taking a left-turn when it comes to its live shows.

"The boombox isn't getting a permanent retirement⁠—it's always been kinda just one of the many things we use," says MacDonald. "It just seems like this is the time to just play with acoustic guitar, harmony vocals and some basic percussion and violin, because the songs on the record were written from that perspective."

When asked about the future, MacDonald believes it's too early to speculate.

"The next album might be more the way we planned to approach this album," he says. "So, who knows? The next record and tour could have a totally different approach and could include things from the past we've used and things we haven't even dreamed of yet."