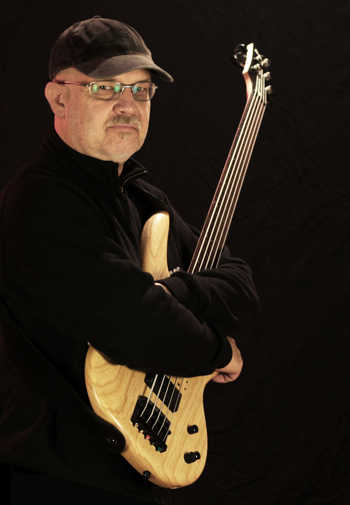 These days, defying expectations is Gary Willis’ modus operandi. Though he established himself as a formidable jazz-rock player during Tribal Tech’s 1984–2000 existence, Willis was determined to break out of the fusion box on his new solo CD, Actual Fiction. The disc goes far beyond genres, seamlessly melding electronica, drum-and-bass, and hip-hop. It’s not that Willis harbors any negativity toward his fusion path, which also provided him high-profile sideman gigs with Wayne Shorter, Allan Holdsworth, and Hubert Laws. Rather, Willis wanted to push his creative envelope as well as take advantage of the flexibility of a home studio environment, where software-based audio tools can be catalysts for experimental ideas and non-linear compositional approaches. That said, Actual Fiction shows that Willis still drenches his deep grooves and inventive progressions with remarkably fluid bass lines.

Willis is responsible for almost everything on Actual Fiction, except for drum performances by David Gómez and ex-Tribal Tech bandmate Kirk Covington. He’s also teamed up with Covington and saxophonist Llibert Fortuny to form Slaughterhouse 3, a high-voltage power trio based in Barcelona, Spain, where Willis resides. The group’s recent self-titled CD is a mercurial effort recorded live in the studio, where the intersections between funk, jazz, and rock become infused with thrashy noise, loops, and ambient textures. Both discs are self-produced, self-financed efforts designed to showcase Willis’s talents without compromise.

The traditional way albums are made is you write some music, demo it, get some musicians together, rehearse, record, overdub, and go home. And with the jazz budgets I’ve worked with, you typically get one day of studio time and that’s it. I didn’t want to do that kind of record again. I also didn’t want to deal with a record label again in terms of getting an advance. A label is basically a bank: You borrow money, use it to pay the studio and musicians, get the record done, and hope it pays for itself—but you pretty much don’t expect to see any money beyond that. It was time to try a new approach. In addition, I wanted to get away from my previous writing process, which was extremely tedious and disheartening. Often, to make a composition work, I would have to find the 50 things that didn’t work before I could find the next two bars that did. I thought I could get around that by taking cues from underground electronica and hip-hop guys like Squarepusher, Scott Herren, and Madvillain, and working within the realm of computer-based sound concepts and editing. It was liberating to use sounds as a core creative element. It shook up my writing process and forced me to be very creative in the way I create contexts for rhythms, melodies, and bass playing.

Tell me about the writing process behind Actual Fiction.

Some of it started with software like Logic Pro, with drum plug-ins such as Toontrack DFH and Fxpansion BFD, or Battery 2, which I used to create grooves and soundscapes. I also made percussive samples by tapping all over an Ibanez EWB electric-acoustic 5-string and used them as a rhythmic starting point, even though I didn’t include them on the CD. I even ran a cordless drill through a Talkbox wah-wah effect in Native Instruments’ Guitar Rig 2 to create a DJ-scratching-like sound. Basically I used anything I could get my hands on, messing around with the sounds in the computer to create the initial basis for a piece. If people listen and are only invested in the idea of who’s doing what, how it got there, and if it’s recorded well, they’re missing the point. I designed Actual Fiction to be listened to actively, not passively. I hope it invites people to really listen with their imagination.

At what point did bass parts enter the picture?

They would come up anytime. On “Cartoon Fetish,” a lot of the sounds are my bass recorded slower and then sped up, with effects such as an auto-wah from the T.C. Electronic G-Force. After I recorded the bass stuff, I picked out the parts that would flow together. I also have a seven-minute bass solo on “Mean Streak,” of which 50 percent was improvised in one take; I composed the rest so it could fit into the next section of the composition, or work with David Gómez’s drum work.

What are the keys to creating a lengthy bass solo that’s interesting both to you and the listener?

First of all, you have to have something to say. You have to tell a story through your solo and make it evolve over time. The musical context, composition, and groove all have to work together to justify the solo. I favor melodic ideas that are fully developed, followed, and that effectively contrast with the piece’s other components. Coming up with a great bass solo is like writing a part for a character in a movie, because a movie is only as good as what happens to its characters. So, if the initial soloing idea isn’t allowed to evolve, and it gets discarded or isn’t fully acknowledged by its surrounding environment, the listener will likely lose interest.

Is that idea related to your overall philosophy as a bassist?

Definitely. It’s really important to take responsibility for what you do on your bass by creating interesting surroundings to justify its existence. It’s one thing to be able to say things on your instrument, but if you don’t create your own opportunities, you are totally dependent on being a sideman in someone’s vision of where your playing fits. You might find a sideman gig with someone whose musical vision is totally aligned with yours, but the odds of that happening are really slim. Also, in order to have something to say, you need to have a life outside of music that motivates you to express something unique. If you only devote your time to the instrument and practicing, there won’t be any drama or humanity in your playing. 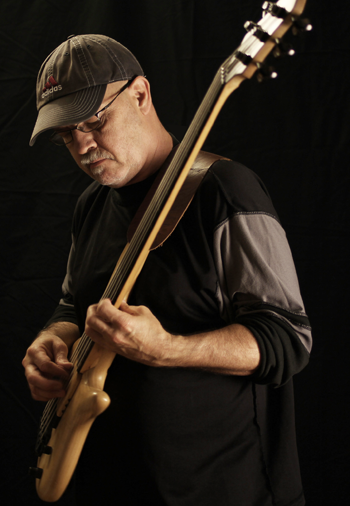 How often do you practice?

I don’t. In fact, I’ll put the instrument aside for weeks at a time. Initially in my career, I was really possessive and paranoid. I’d think, “Wow—I have to fly out of town for a wedding and I can’t take my bass.” I would panic. Part of getting over that was training myself to play with a minimal amount of effort to get the most efficiency. I don’t have a lot of muscles or tendons to loosen up when I return to the instrument after an absence. I’ve made a science out of my right-hand movements in terms of defining exactly how far a finger goes above the string before it goes down to the next one. And on the left hand, I know exactly where the fingers belong and how much pressure is necessary to play, yet keep speed. There’s no wasted motion or pressure. When you break down and examine those things, you can really improve the efficiency of your playing.

You feature your signature fretless Ibanez 5-string throughout the new CD. How has the instrument evolved since it debuted in 1999?

At this point in its development, it’s pretty much perfect for me. It’s a bolt-on bass with light ash, which provides a focused attack but still resonates low frequencies very well. It also has a minimal finish with just a sanding sealer, because the more finish and paint you apply to a body, the less open and more compressed the sound is. The bass uses a custom Bartolini humbucker, and the coils are designed and carefully positioned to deliver a warmer sound on the higher strings and a fat, clear, deep sound overall. The pickup is integrated with a ramp I’ve developed that sits under the strings; it’s designed to eliminate the possibility of grabbing too much string and playing too hard. It also provides a place for your thumb. You adjust the pickup and ramp height with a single tool that’s provided with the bass. Today, the bass is manufactured by a master luthier in Japan, so the price has gone up, but it still competes with many boutique basses out there.

You also use the fretted Ibanez ATK 5-string running through the Roland V-Bass system on several tracks. What do you find attractive about the V-Bass?

It expands the creative palette. I can use it to get an acoustic bass sound or even make it sound like I’m playing a sitar. It helps me create sonic contrasts and support whatever else is going on in a composition. It’s important to note that the V-Bass is not really a MIDI instrument; it uses its own communication language, and it’s highly responsive and can take real advantage of a player’s dynamics and dampening skills.

The element of physics is one I didn’t include. It seems like a contradiction, but if you’re playing in a small rehearsal room, you need more power and amplification than in a big concert hall. I’ve found that I’ll be at a certain volume in a small studio, and then I’ll get on a big stage and have to turn down the volume. It has to do with the fact that you need large walls to really reflect low frequencies. So, realize that your need to project may be the opposite of what you expect. Also, keep in mind that your sense of time is tightly controlled by what happens with your plucking hand. If you want to be a clean and efficient player, your fretting hand has to be imperceptibly early. Some people just intuit that and get it, but others have to dig in and teach their left hand to take care of business before a note gets played. It’s a real puzzle for some people who haven’t developed that sense; they’ll think their sense of time is messed up or their ability to play fast is affected by something they just can’t figure out, when it’s really all about this one issue.

Is your current musical direction designed to shake up conventional ideas about fusion?

No. In fact, I hope the word “fusion” becomes irrelevant. It’s so old; it has to do with record labels, brick-and-mortar stores, and the section in a store where the music is found. Personally, I hardly listen to sequenced CDs anymore. I use my iPod mostly on shuffle and skip over things if I don’t feel like hearing them—and there are a lot of people like me nowadays. In the future, I think as soon as I finish a song, I’ll just put it out there as a download and that will be it. I’m not going to be concerned about categorizing it or releasing things as part of a CD, since that format is going away pretty soon. I look forward to the term “fusion” totally disappearing in that transition. The sooner the better.